One of the major benefits of the Catapult Vision platform is its ability to integrate video and wearable data, bringing multiple new layers of context to performance analysis.

In this article we take a look at how Vision can improve analysis in rugby, bringing extra levels of detail to the assessment of team and player performance across a wide range of scenarios.

In this first example, we can assess players’ speeds during a kick chase to give a point of comparison against their maximal effort benchmarks.

Coaches often look to kick chases as an event when players should be hitting or at least getting close to the maximum speeds they record in training sessions. Chasing the ball down quickly gives the opposition less time to make a decision on what to do with the ball and, if rushed into a poor decision, can help to generate crucial field position. 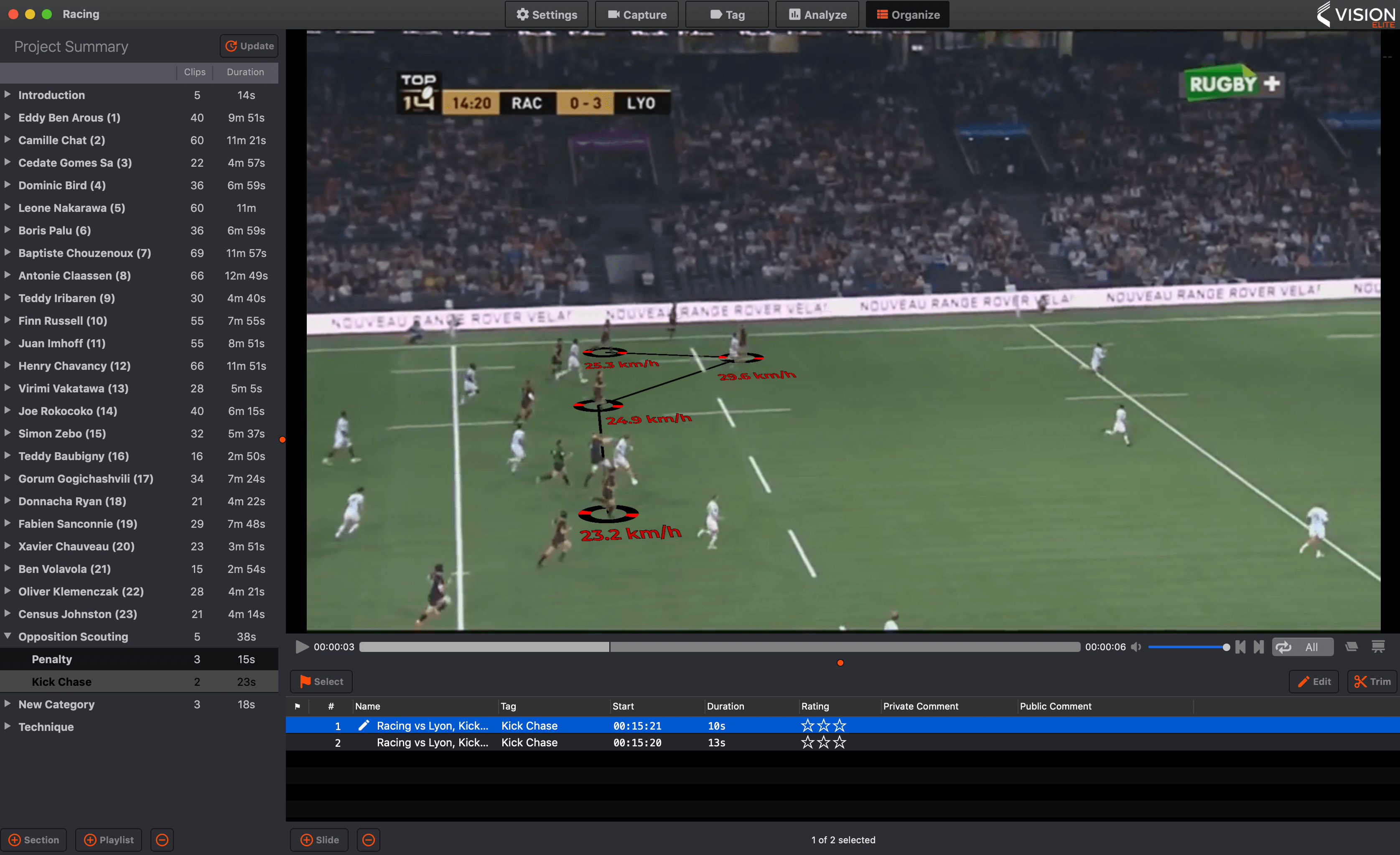 By combining wearable data with video footage, we can quantify the speed of the Lyon players during this specific chase. The figures shown in the annotation can then be compared to their max speed benchmarks to give an indication of their effort levels during the chase.

This information can be fed back to the players and coaches to inform future discussions and training plans, bringing video analysis to the heart of the coaching process and elevating raw physical data through the application of additional context.

Video analysis is also able to shed light on the factors that contribute to contact instances in rugby. In this example, we’ve highlighted the heaviest contact experienced by Finn Russell in the same match against Lyon. 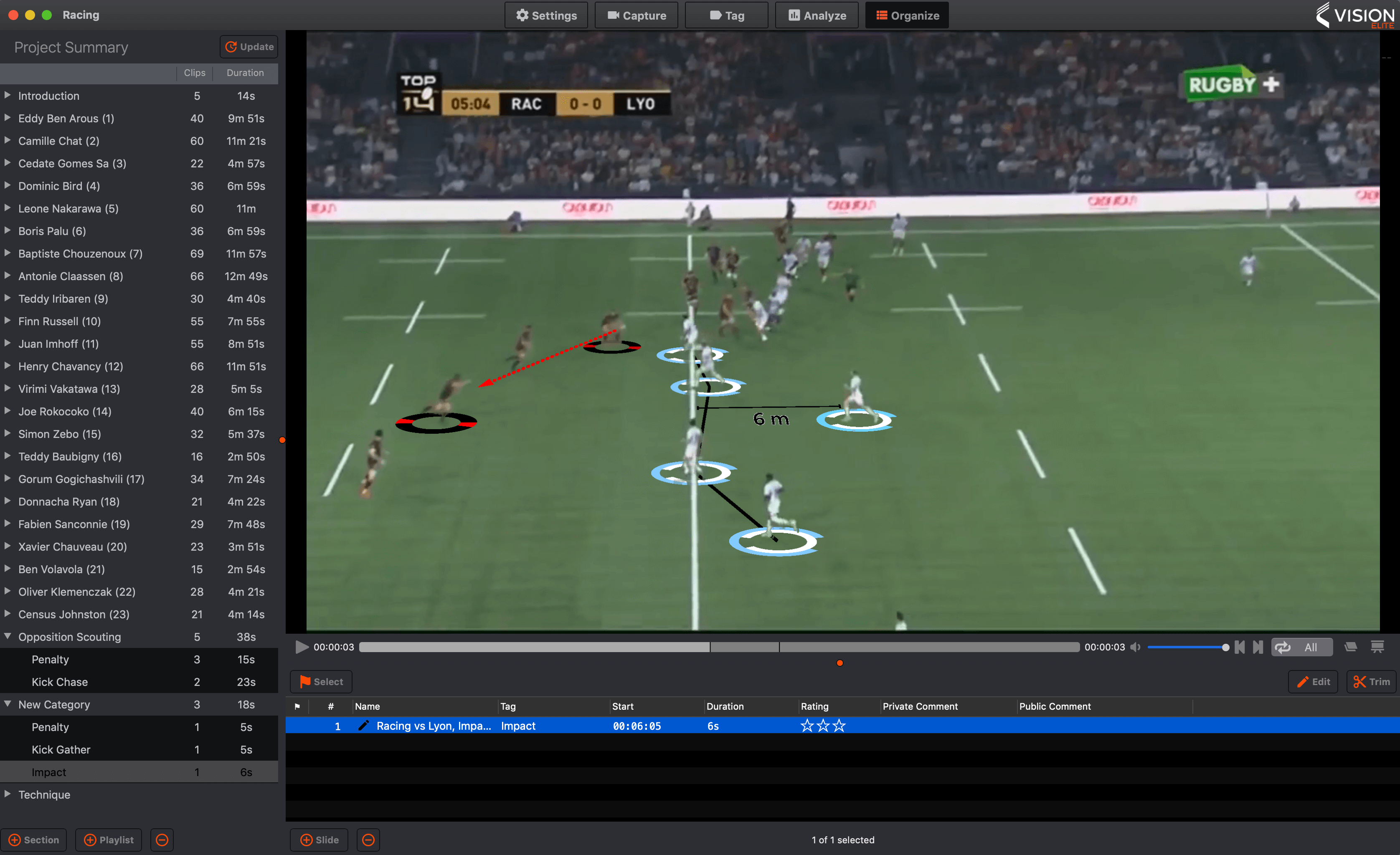 As we can see, the event resulted from a positioning error, with Russell starting too deep in the defensive line. Crucially, this depth gives the ball carrier time to build speed. The speed of the attacker means Russell doesn’t have time to get in the correct position to make the tackle, forcing him to tackle on the wrong side and resulting in a heavy blow to the head.

Without the use of Vision, we would not have been able to understand exactly why Russell suffered such a heavy contact. By highlighting the specific context of the event, we can identify the reasons behind it and feedback on specific coaching points that might help players to avoid similar situations in future games.

By integrating physical data with video footage in this way, we are able to better understand the specific context of each event and open better discussions around performance between athletes and coaches.

Want to discover how Catapult Vision can take your team’s analysis to the next level? Click here to find out more.