Recently, Eintracht Frankfurt Football Club became the first German team to win the UEFA Cup/Europa League since the 1996-97 season. The feat is the football club’s second major European trophy, which comes 42 years after winning the UEFA Cup against Borussia Monchengladbach. The German outfit also became only the third club in history to win the tournament without losing a single game.

This historic season is the first season in which Eintracht Frankfurt have been using both Performance Data and Video solutions from Catapult. With access to athlete performance data, event data and video, the club were able to uncover new analytical insights.

–>Click here to arrange a free demo of the solutions Eintracht Frankfurt use, giving your team the best chance at European success.

The Blueprint for Event Data and Video

Eintracht Frankfurt has been using the full suite of SBG’s, a Catapult company, integrated data-driven video analysis applications, MatchTracker, Focus and Hub as their complete toolset for player and match analysis.

Along with automated alerts and tagging, Frankfurt’s analysts have been able to visualise hundreds of new KPIs and metrics, as well as gain a deeper insight into specific aspects of play.

Working with Catapult, the analysis team at Eintracht has been able to re-assess their workflow processes as they prepared players for this season and the pressure of extra fixtures due to the Europa League Campaign.

Throughout the campaign which led to European success, Catapult has worked with Eintracht Frankfurt to create bespoke dashboards and analysis templates to enable the automation of playlists, visualisations and presentation packages to be shared with the players and coaching team. 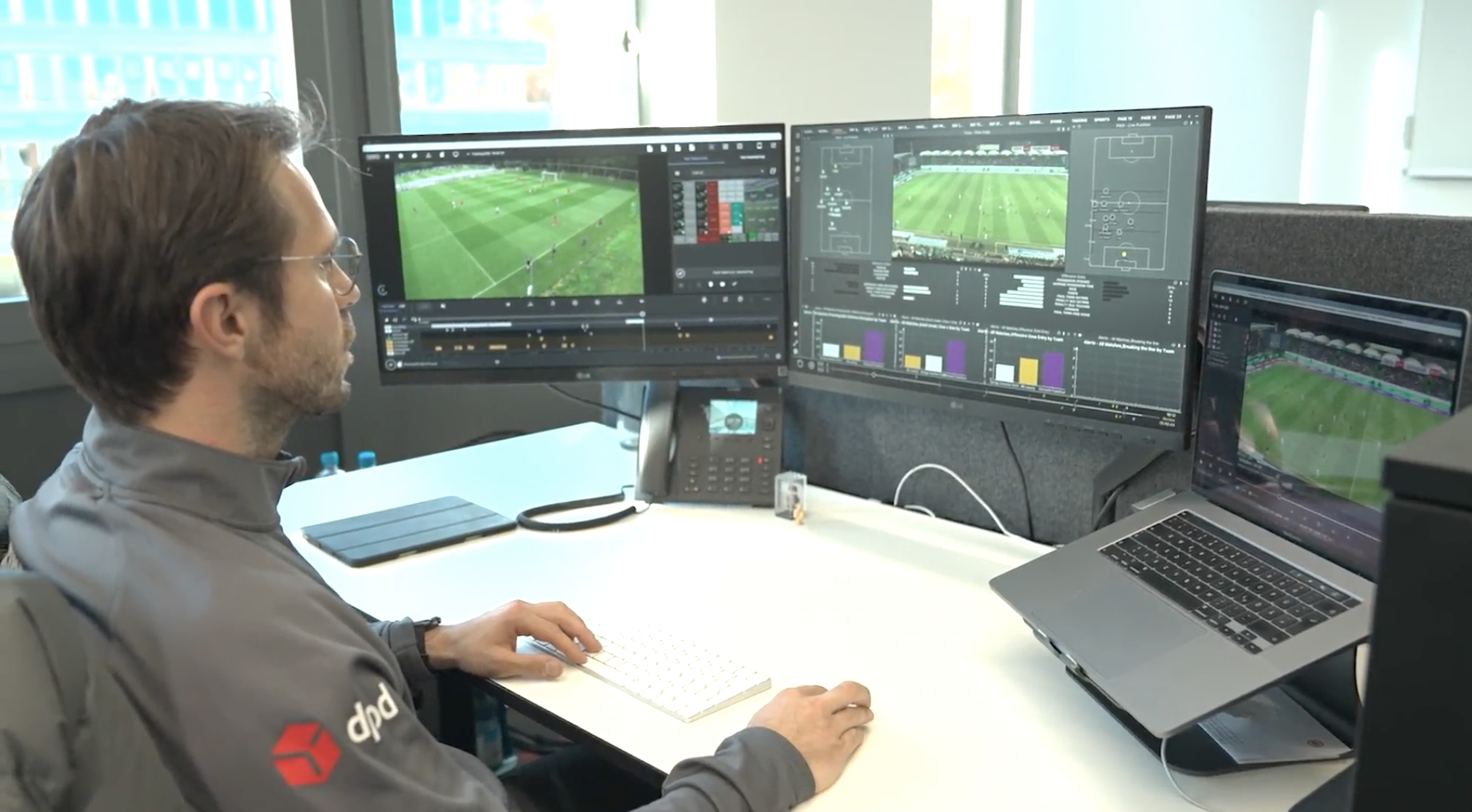 Catapult Vector is an athlete monitoring technology that empowers critical decisions around performance, risk, and return to play. Frankfurt has been using the FIFA-approved Vector to collect player-specific data, helping the coaches and analysis staff prepare for the demands of games and training by managing player workloads and monitoring their individual development.

“I am in my 15th year in professional football right now and, over that time, in the form of times, we used a subjective view of performance from the medical through to the physical side of our work. To have that opportunity to objectify training with certain KPIs/metrics gives us a great foundation,” said Andreas Beck, Head of Physical Performance, Prevention and Rehabilitation.

–> Click here to discover how Vector can help your team objectify training. 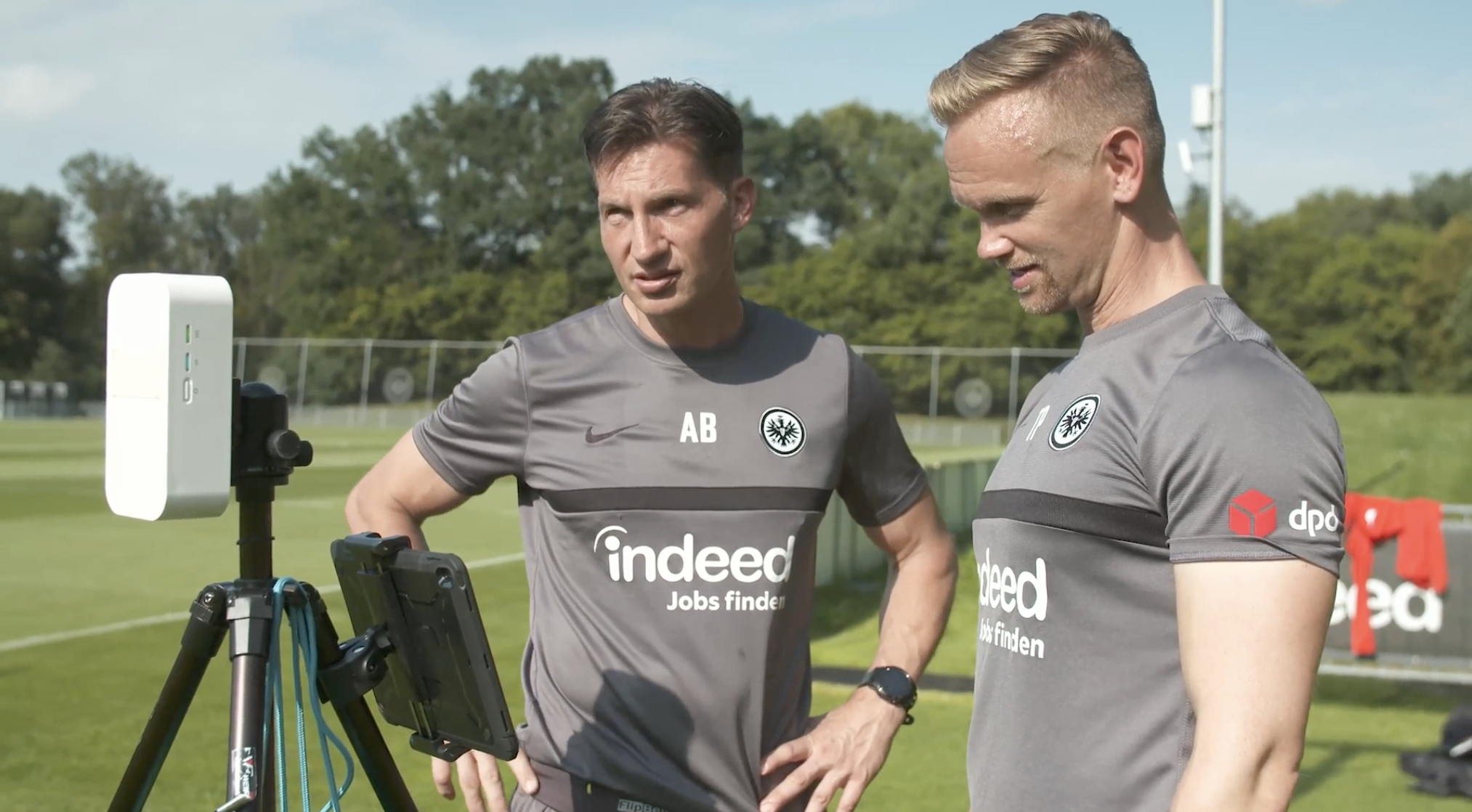 Catapult Vector enables Frankfurt to link all physical data with their philosophy and allows them to evaluate the player performances in accordance with their profile to understand what the match demands for training and games is, subsequently tailoring the training programme to fit. Catapult puts Eintracht Frankfurt in the best possible position to develop its athletes and be competitive with the elite European football teams.

“Football is a coach-driven sport …  but now we can detect the style of play and profile our players, which is crucial for key performance processes, such as return-to-play,” said Beck.

On matchdays, Eintracht Frankfurt’s analysts rely on MatchTracker’s live bespoke metrics and automated tagging to analyse patterns of play and monitor key performance indicators. As a result, the analysis team is able to objectively assist the coaching staff in making the appropriate tactical decisions to positively influence match results.

“It’s important to have a powerful tool that can filter the scenes and the data for our work so we can filter very quickly the scenes we need for training or the game,” said Marco Schuster, Eintracht Frankfurt’s Head of Performance Analysis

Eintracht Frankfurt defender Timothy Chandler has been part of the squad since joining the club back in July 2014. From the very start of its introduction, Chandler was a keen supporter of using the innovative new approach to athlete monitoring solutions.

“The technology is so important as you can see really everything on GPS, see how it benefits every player in each position, how many sprints you need, develop your game and do everything simply better.”

“Catapult is very good for our performances, you can determine how many metres you make in training and also get in front of injuries for players.”

Click here to arrange a free demo of Catapult’s solutions, giving your team the best chance at European success.