The Super League, Sky Sports, and Catapult have teamed up to deliver real-time performance analytics direct to fans at home, a UK first.

Super League chief commercial officer, Rhodri Jones said, “we’re really excited to add live GPS data to the Sky Sports broadcast for Dacia Magic Weekend. It has been a massive effort by all parties to make this happen, but this first in the UK will allow the Sky Sports viewers to get even closer to the action.” 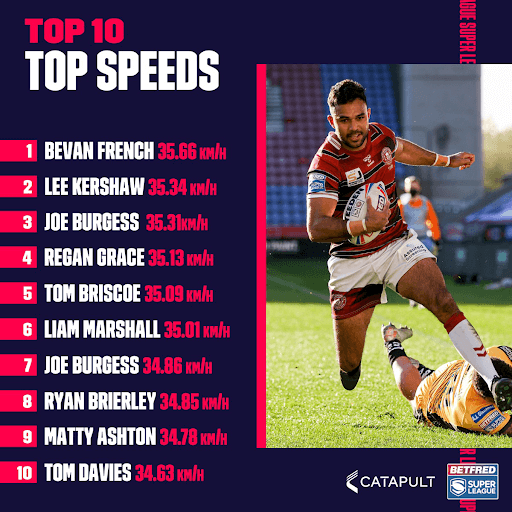 Catapult supplies Super League players, teams, and staff with more than 390 GPS devices, and have been used in all training sessions and games since the 2018 season began.

Starting at the Dacia Magic Weekend, Sky Sports will broadcast the key metrics that impact rugby league performance the most. The Dacia Magic Weekend is the perfect opportunity to showcase the technology-derived statistics given that all six matches in Round 23 of Betfred Super League will be played at St James’ Park, Newcastle.

The statistics will focus on just three key metrics, distance covered by each player (metres), top speeds achieved (km/h) and game intensity, measured by how many metres a player runs each minute (m/min).

Together these metrics will showcase the outstanding athleticism of Super League players, provide an objective sense of how intense matches are, and highlight stand out individual performances. 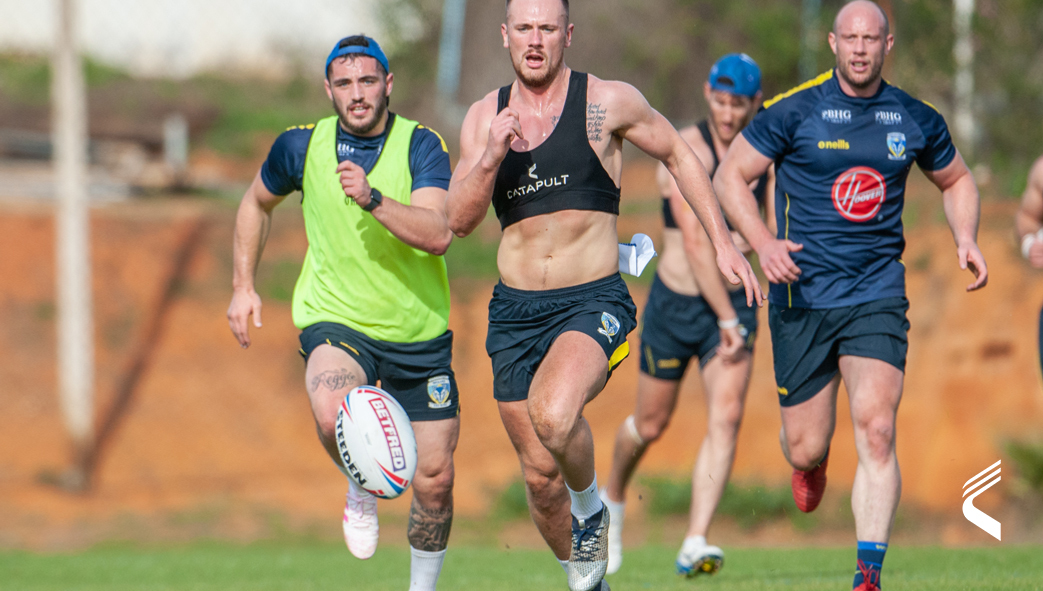 “We’ve entered into the fourth year now of our partnership with the Super League and so it’s incredibly exciting for the first time to be able to share with the fans an insight into the extraordinary athleticism and physical qualities which rugby league players demonstrate on a regular basis,” said Catapult Customer Success Manager, Gordon Rennie. “The Catapult Vector device will be positioned between the player’s shoulder blades and captures data at a sampling rate of 10 Hz, meaning ten times per second, in order to accurately calculate distance and speeds which players are travelling at.”

Rennie continued: “with this data, we’re able to answer performance-related questions such as the demands of the training and matches as well as the impact rule changes have had on the sport. To be able to provide this data to supporters for the first time in the UK is extremely exciting.”

The UK broadcast adds to Catapult’s successful track record of partnering with other professional sporting codes and broadcasters to increase fan engagement. In Australia, this has long been exemplified by the Telstra Tracker, which features in AFL and NRL broadcasts and is powered by Catapult’s data and technology.

Super League chief commercial officer, Rhodri Jones explained, “the data and statistics will give everyone watching a greater understanding of what it takes to play rugby league at the top level.”

—> To learn more about how and why Super League teams use athlete monitoring technology, click here to read our free eBook – The Fundamentals of Athlete Monitoring.

Super League teams and their staff have been using the Catapult technology since 2018 to objectively improve performance, build effective training programs to avoid injury, and monitor rehabilitation.

The impact of technology in Super League

“Super League is an exciting league with a track record of innovation,” says Will Lopes, CEO of Catapult. “We’re excited to show fans the performance analytics that empowers their athletes and coaches with actionable insights regarding player performance, health, and wellness with our data.”

The real-time broadcast of player’s performance statistics follows on from other notable innovations in sports. The Super League was also the first sport to introduce video referees and dressing room cameras, all in an attempt to increase the entertainment of watching rugby league matches on TV.

Adding to the fans entertainment, the stats will also give Sky Sports’ Super League commentators immediate access to intricate tracking detail, meaning already comprehensive analysis can be even more exhaustive, showcasing to viewers the extreme athleticism of the players on the pitch.

Sky Sports Director of Multi-Sports Helen Falkus said “Sky Sports aims to take fans as close to the heart of the action on the pitch as possible, so we’re thrilled that we will be able to share this detailed statistical information with Super League fans tuning in to the Dacia Magic Weekend.”

This latest technological innovation aims to bring fans closer to the action and together these innovations have seen Super League viewing figures rise 10% on 2020 and 25% on 2017.