The University of Wisconsin women’s volleyball program has a rich history of success, which peaked in 2021 when the Division 1 program won its first NCAA National Championship. Now, the team is hungrily chasing more success.

“There is only one goal, and that is to win more championships,” said the Wisconsin Badgers’ Director of Olympic Strength and Conditioning Kevin Schultz.

In an attempt to reach that goal, Schultz implemented the use of objective, athlete-specific data derived from Catapult’s wearable technology.

“Over the course of the season, Catapult gave us the capacity to make more informed decisions about our practice planning based on our players’ health, wellness and performance capability status,” said Schultz. 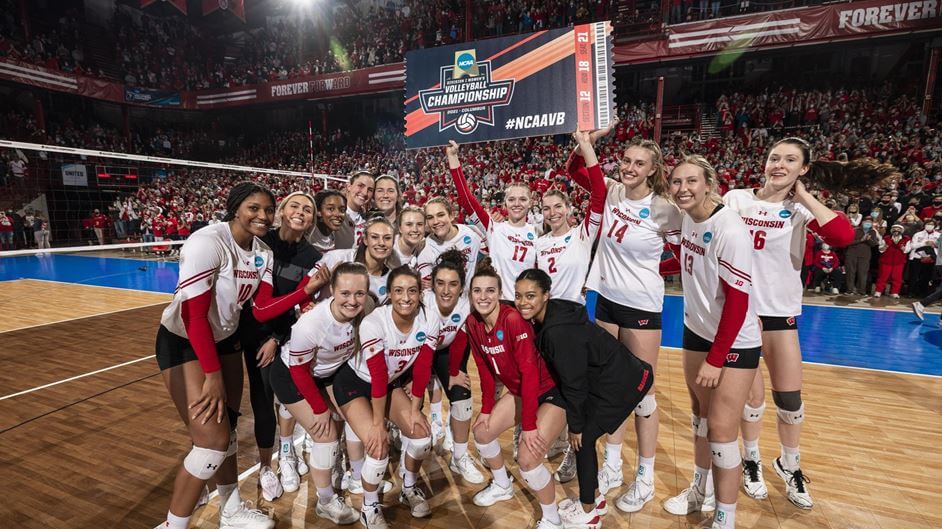 “In my humble opinion, jumps are an antiquated method of understanding the physical demands of volleyball … with Catapult’s PlayerLoad metric providing us with an accurate depiction of total work done within a practice and/or match,” outlined Schultz.

“Furthermore, PlayerLoad provides us with the ability to quantify the work performed by our non-jumping athletes such as our libero and defensive specialist positions.” 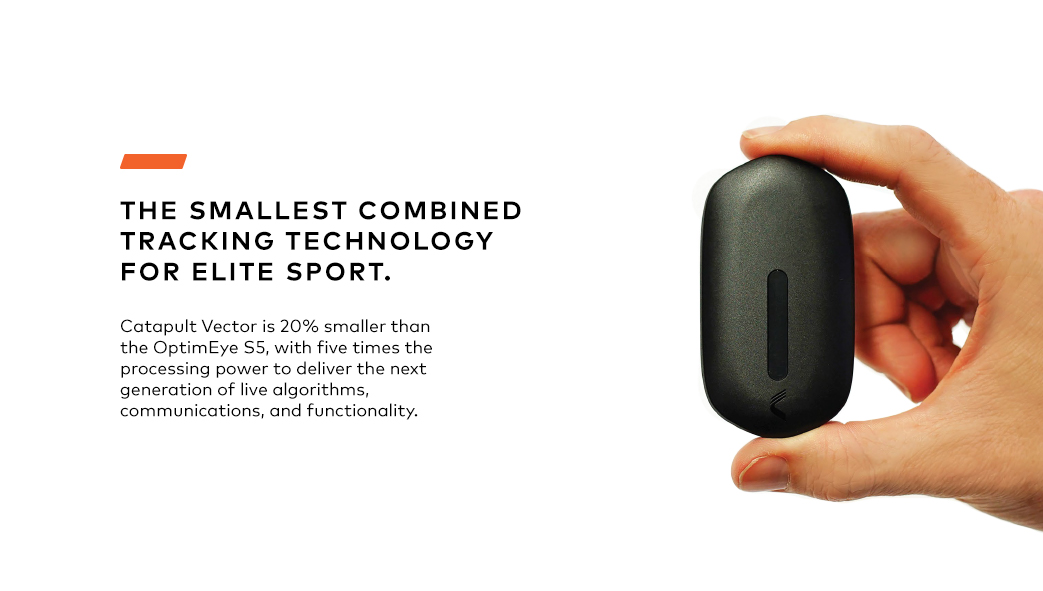 What is PlayerLoad? Simply put, PlayerLoad is a metric that provides an objective view of an athlete’s workload at any given time. Using Catapult devices, coaches can measure PlayerLoad both instantaneously (an athlete’s workload in that second) and cumulatively (total workload over a session). This metric gives strength and conditioning coaches the ability to personalize and periodize individual athletes’ loads.

→ Click here to arrange a demo of Catapult wearable technology and the PlayerLoad metric.

Schultz continued: “Stress is stress, and the human body cannot decipher the stress from a jump or the stress from diving onto an immovable object such as a court floor. This is why it is so important to capture data outside of just quantifying a single metric such as a jump.”

→ To learn more, read our blog: What can PlayerLoad can tell you about athlete work? 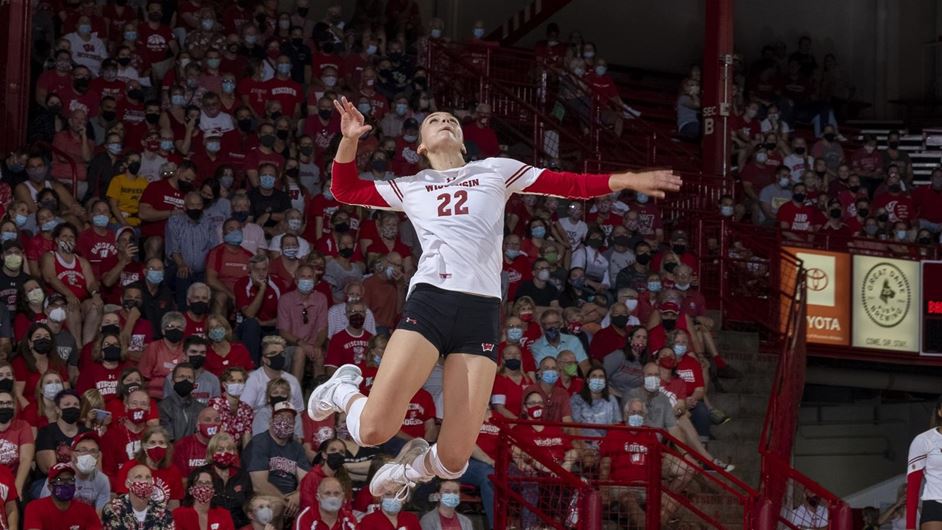 Catapult technology is used by the most elite teams across a range of different sports, so it is often assumed that in order for the same solutions to be used within NCAA programs, a dedicated team is required to maximize the use of the technology.

But very few know about the Catapult Customer Success team, which offers support to users from the onboarding process through to winning NCAA National Championships. So, programs like the Wisconsin Badgers are able to harness the power of elite-level technology without needing to hire more resources.

“Our program has a dedicated Catapult sports scientist who helps us to customize our programming. This has helped us implement true sports science, leading to a more precise indicator of the overall intensity and the performance of our student-athletes,” said Schultz.

Taking it one step further, “after the initial season using the system, our Catapult sports scientist, helped us to customize the jump intensity bands to the unique characteristics of individual athlete based on their practice and match data. This individualization has provided us with a more precise indicator of the overall intensity of the physical outputs as it pertains to the individual athlete during sporting activities”.

The Badgers’ use of Catapult wearable technology also supports the alignment of existing resources through the provision of objective data, improving and streamlining key performance processes.

“Catapult has provided us with a unifying platform, or language, for our performance team (coaches, ATC, S&C) to discuss the training related needs of our team. In addition, it has allowed us to formalize and quantify our return-to-play protocols for individuals and the ability to create a more effective tapering/peaking strategy during the competitive season,” said Schultz. 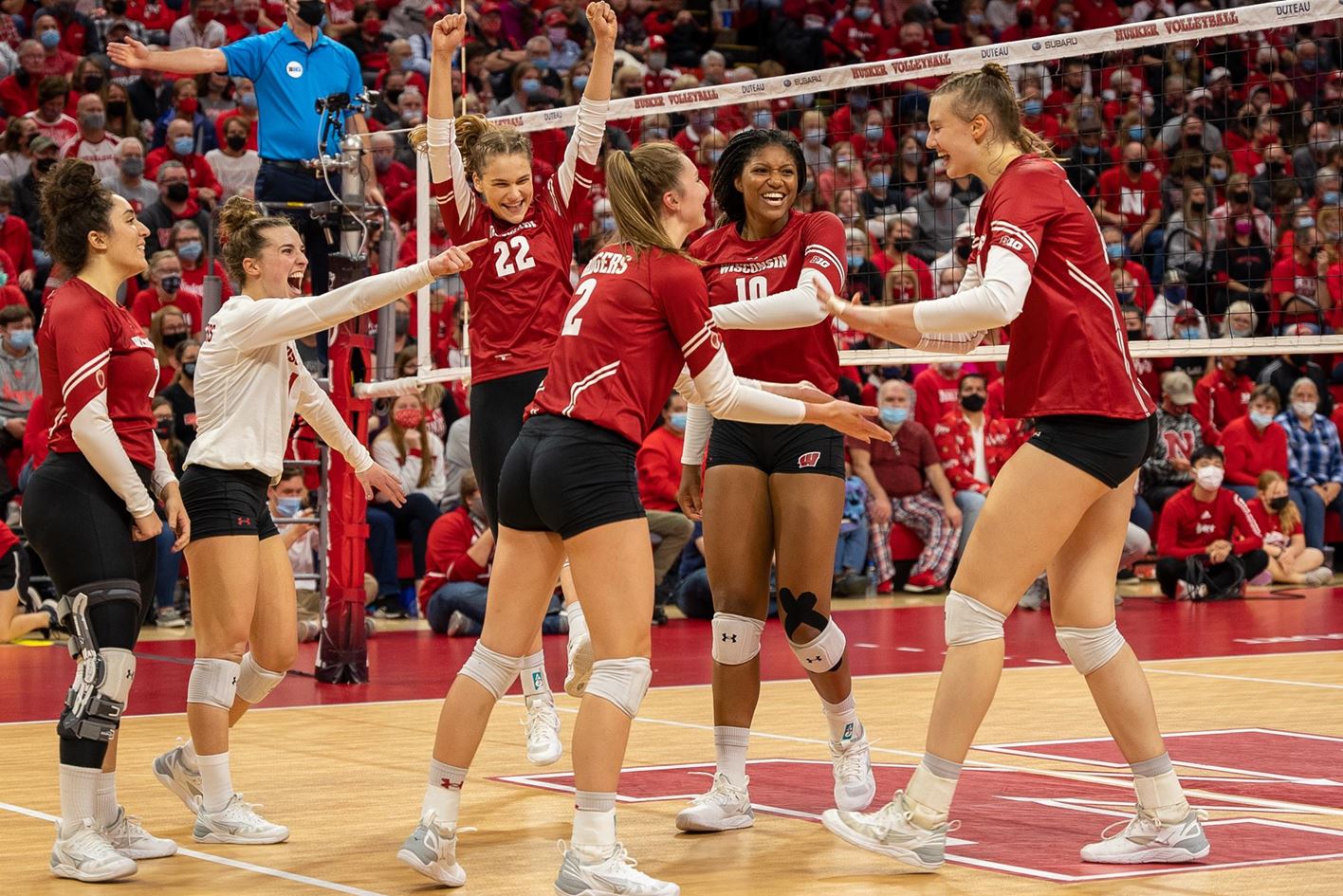 In the past, some athletes have communicated back some discomfort or awkwardness when starting to use wearable technology. However, thanks to recent advancements in material science and the size of Catapult wearable devices shrinking, that blocker has been removed.

“Our student-athletes have never expressed any dislike for the size, location or position of the units on their bodies,” said Schultz.

Catapult wearable technology is designed in a way that reduces the impact it has on athletes’ movements. So volleyball athletes’ swings are not restricted during serves, hitting, spiking, and other overhead movements.

“In addition to athlete compliance when wearing the technology, we’ve seen our coaches further buy into using the Catapult technology. For them, the data shines a potential light on recognizing some of the ‘outliers’ during a normal training session that may go unnoticed without the technology,” said Schultz.

“More importantly, it helps us validate that the coaches’ intentions from practice conception to completion are in line with the goal of the session.”

→ To win more championships using Catapult, click here to speak to the team.