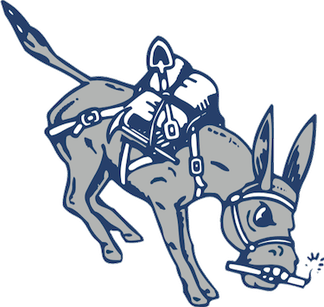 “[PlayerTek] drives our training schedule. We have the metrics and data to know exactly how much our players are doing in matches and games. We can ramp up or scale down sessions based on what the player did individually each and every session.”

Colorado School of Mines is a NCAA Division II program that competes in the Rocky Mountain Athletic Conference (RMAC). One of the strongest Division II programs in the United States, the Colorado Mines Orediggers are ranked in the top five nationally for football, men’ soccer, women’s soccer and women’s volleyball.

Since taking over as head coach of the men’s soccer program at Mines in 2017, Greg Mulholland has guided the team to two RMAC regular-season titles, two RMAC tournament titles, and two NCAA tournament appearances. During his time with the Orediggers, Greg has also introduced Catapult’s GPS technology as part of the continual development of the program’s performance infrastructure.

“I had come across GPS technology a few years ago while watching other pro soccer teams–mainly in Europe–and having one of our former assistants join Stanford who was using a GPS monitoring system when he was there,” Greg explains. “I was able to get an idea from him on what they were using and how they were implementing the technology.”

An opportunity to engage

As part of a university with a heavy focus on science and engineering, Greg saw the implementation of GPS as an opportunity to engage his student-athletes with analytics and the benefits of collecting and analyzing performance data.

As well as being a good fit for measuring and accommodating the demands of soccer, the technology is also an opportunity to demonstrate to athletes how data is being used to inform some of the decisions made by the coaching staff.

“Our university is strictly STEM-based, so our students for the most part are very analytical,” Greg says. “I wanted a way to show them the data that drove my decisions. In looking for a product that gave data on PlayerLoad, distance covered, training intensity, top speed, heat maps and top speed, I found that Catapult was the product that fit our needs the best and the wearables fit the rigors of our sport.”

When asked why he chose Catapult for Mines, Greg points to the flexibility of the technology. He also references the positive experience he had with Catapult’s staff during the buying process.

“Catapult specifically fit what we needed. It had the technology in the wearables to record data anywhere and the software that worked across multiple platforms and mobile devices,” Greg explains. “We can use it anywhere, anytime, and retrieve the data with our players very easily.

“Additionally I liked the sales person we were talking with, Bobby Mohr. He found a way to get us the product at a price that fit our budget. He promised that the tech would work the way it should and that if any issues arose that Catapult would be there to solve any issues.”

In terms of the impact Catapult’s wearables has had on Mines soccer, the technology is informing the creation of team training schedules and informing a more individualized approach to coaching and load management.

“It drives our training schedule,” Greg says. “We have the metrics and data to know exactly how much our players are doing in matches and games. We can ramp up or scale down sessions based on what the player did individually each and every session.

“We know who is ready to be pushed and who we need to taper each and every day. Our training has become much more individualized, even as a team sport, so that we are maximizing our players every day.”

Catapult has also been instrumental in driving an increased interest in physical performance among the players. By getting the student-athletes to buy into the benefits of monitoring, the Mines coaching staff have seen data become a key part of the team’s day-to-day routine.

“The players love the data, love the technology, and use it both as individuals and position groups to compare and compete against each other. They have conversations about distance, sprint distance and top speed in the locker room that drive their performances in training and games.”

The experience Greg has had with Catapult makes him a strong advocate of using GPS tracking technology. When asked what advice he’d give to other coaches about the technology, he is unequivocal.

“First of all, just get it. Secondly, just focus on one to three metrics that you feel are important to your program and look for ways to see improvement in those areas,” he says. “There’s a lot in Catapult’s wearables, and over time a coach can use the whole program to see every detail of their program, but initially just focus on the areas that you want to see data and growth in.”