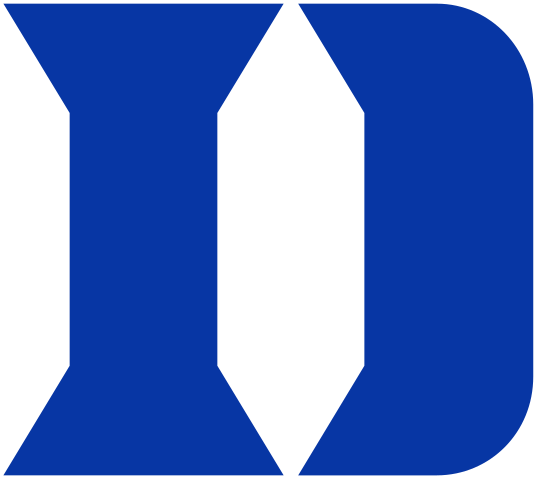 “We use [Catapult] on all of our players in every single practice, every game, every shootaround, so we have a really good idea of the intensity and the quantity of movement that occurs in every single session.”

One of the most decorated college basketball programs in the United States, Duke Basketball uses Catapult technology to monitor the workload of its athletes and support detailed injury rehabilitation processes.

As Director of High Performance and Sports Science with Duke Basketball, Nick Potter is responsible for a number of areas, including monitoring training load and helping athletes optimise their recovery following injury.

“Our approach to monitoring training load will vary throughout the year depending on the context of the season,” says Potter. “We are fortunate to have a prolonged pre-season running from early July through mid-October. During this time we strategically build player weekly loads balancing strength training, fitness conditioning, functional movement training, individual basketball work and team practices.”

Once Duke get into the regular season, the team incorporates a variety of additional metrics such as Acute:Chronic Ratio to ensure all players are maintaining fitness, recovering when necessary, and are optimally ready to perform on game days. Progressing beyond monitoring player load for wellness and readiness, Potter and his team have developed a method for assessing quality, quantity and intensity of movement in relation to team success throughout each game.

“In addition to monitoring health and performance of the team as a whole, one of my specific roles here at Duke Basketball is helping guys who get injured rehabilitate from those injuries and then regain their full fitness so they’re ready to return to play,” says Potter. “When guys get injured, once we’ve done tests to establish that there’s no major injury, we can start full rehabilitation and an of aggressive return to play.”

Earlier this season Duke guard Tre Jones suffered a shoulder injury against Syracuse. Potter worked closely with Jones to guide him through the rehabilitation process, using Catapult technology to monitor his progress and bring him back to full fitness as quickly and safely as possible.

“Once we had him running full out on the court and moving around we brought our Catapult system into play,” says Potter. “This is our GPS, accelerometer-based movement tracking that we use on all of our players in every single practice, every game, every shootaround, so we have a really good idea of the intensity and the quantity of movement that occurs in every single session.”

By establishing performance benchmarks for athletes and understanding the loads they are exposed to during training and games, it becomes easier to map the rehabilitation process and objectively understand when an athlete is ready to return to the court.

“If we look at how much Tre did compared to everybody else, you can see that he’s right at the same level as everyone else if you look at the average,” says Potter. “We can look at his left, his right, his forward jumps, and decelerations, so the two major things we want to see are the ratio of ground movement – the jumping movement – is the same as everybody else. But also that the symmetries are there; it’s seven left and eight right movements, so we can see that he’s moving symmetrically one side versus the other.”

Having led Duke to 12 Final Four appearances and five NCAA Division I tournament titles since 1980, Mike Krzyzewski is one of the most successful college basketball coaches in history. Krzyzewski places a high value on sports science and is a big supporter of the work Potter is doing to help optimize performance and reduce injury risk among his athletes.

“Two years ago we reorganized our medical support staff and what we do on a year-round basis, and Nick is really key to that,” says Krzyzewski. “He has different titles, but to me he’s more of a sports scientist for our program. His hands-on preventative and recovery methods are amazing, but also what he gives me everyday are reports of our workloads, how guys are moving along, and I adjust my practice accordingly.”