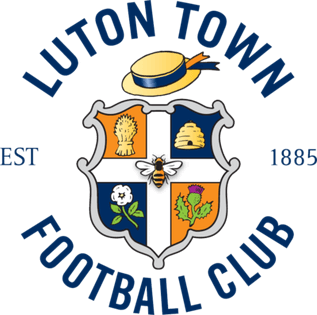 “The dynamic between the coaches and players has really changed for the better since being able to use the software. We can have conversations about their performance individually and as a team.”

Luton Town have enjoyed a resurgence up the Football League in recent seasons under the guidance of its new owners, a consortium of locally born supporters. At the heart of this success has been an ethos that encourages both the pursuit of on-field success and engagement with the local community.

This focus on the community extends to informing the club’s youth development policy, with the Luton Academy helping to drive education and engagement with young players from the area. Responsible for the delivery of development and education initiatives within the academy is Simon Dunn, Head of Academy Performance Analysis.

In 2019, Luton adopted the Catapult Vision video analysis platform as a tool to support player development and increase the involvement of young players in coaching and analysis sessions.

During his five years at the club, Dunn has used a number of video analysis platforms before settling on Vision. Talking about the platform, he praises it for the way it enables him to bring the whole video workflow into a single product.

“Vision is different in that everything is in one place,” he says. “I can clip, draw, build a playlist, and export into a presentation all in one. It all being in one place cuts my workload down, meaning I can be more detailed. I can also do more analysis because we are now in a position where I have enough time to put five videos together for a Monday morning.”

Prior to the adoption of the technology, the academy “were at a point where our analysis sessions were led by either myself or the coach,” Dunn explains. “It felt as if we were just talking at the players. Now, rather than us delivering the analysis, we give the boys the resources to deliver their own feedback.”

The impact of Vision and having the players analyse their own performances has greatly developed their confidence and technical understanding. “If we question players, they now have a tactical answer rather than a shrug of the shoulders,” says Dunn. “Now they have the confidence to answer questions. From my point of view, the software has played a role within that.”

Luton’s academy is constantly seeking to educate and develop players across a wide range of skills. In addition to helping to generate a deeper understanding of performance, the club believes Vision has benefitted the young players from a social perspective.

By providing the players with a platform that helps them to analyse their own performances, they have become custodians of the technology and are increasingly able to use it intuitively. “Some of the players are at a point where if one of them is not sure on how to use it, one of the others is able to show them,” says Dunn. “They are able to impart knowledge in a way that is easy for other players to learn.”

He continues to explain that, prior to the use of Vision, some of the players struggled with face-to-face communications and presenting to their peers. However, now the players “are able to talk to one another in an adult manner, discuss criticism, discuss positives, and suggest general ideas about what to change and improve for next time.”

By encouraging players to analyse games and present their findings back to the coaches, the staff at Luton are finding that the players are becoming more receptive to discussion and a higher level of detail in the sessions. Dunn believes that this has changed the relationship between the academy players and staff for the better.

“The dynamic between the coaches and players has really changed for the better since being able to use the software. We can have conversations about their performance individually and as a team. It doesn’t become a battering or a praising as such; instead we’re having really in-depth conversations.”

Click here to speak to a Vision specialist, today.