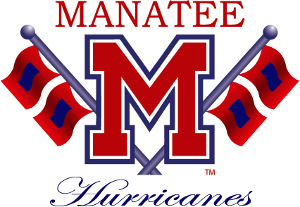 “I wanted my players to be able to see the level they practiced at every day so they could become better athletes.”

Based in Bradenton, Florida, Manatee High School has a rich football tradition having won five state championships and produced several NFL players over the course of its 112-year history.

The school’s football team is currently coached by Yusuf Shakir, who has implemented Catapult’s wearable technology to help his athletes better understand their performance and keep improving during their time at Manatee.

“I wanted my players to be able to see the level they practiced at every day so they could become better athletes,” says Shakir. “I wanted to help us practice more efficiently and keep our players fresh.”

The metrics Shakir sees as being most beneficial to his team are total distance covered and sprint distance during games. As part of his program, Shakir makes sure that his athletes wear the devices during every session and that he reports on the Catapult numbers each day.

“Being able to keep our players fresh has been really important for us,” says Shakir. “It’s been particularly important during playoff runs and recently helped us to win the school’s first playoff game since 2014.”

As Shakir and his athletes continue to use Catapult to build a deeper understanding of performance in high school football, Manatee are aiming to increase the efficiency of their sessions and ensure that players are optimally prepared to meet their physical and positional demands during games.