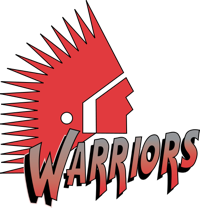 “The platform is so streamlined and easy to use, it works effortlessly with our computers, but the biggest thing is that it makes preparing and teaching easy and efficient.”

Based in Saskatchewan, Canada, the Moose Jaw Warriors are a major junior ice hockey team who compete in the Eastern Conference of the Western Hockey League.

The Warriors were founded in 1984 and have a long history of developing elite players with many alumni reaching the NHL. Examples include Morgan Rielly of the Toronto Maple Leafs, Johnny Boychuk of the New York Islanders, and Troy Brouwer of the St. Louis Blues.

The esteemed junior ice hockey team uses the Catapult Vision video analysis solution to evaluate games and the performances of upcoming opponents. Leading the team’s use of the technology is Head Coach Mark O’Leary.

Vision serves the team both as a performance analysis and education tool to improve player tactical decision-making and enrich player feedback sessions respectively.

“I first heard about Vision back in 2019, and soon looked to bring in the technology to help the team with performance analysis and player feedback,” says O’Leary. “All of our coaches use Vision to help the players.”

“We use it to review our games as well as watching games of upcoming opponents, we can easily put together multiple playlists to show coaching insights to players individually or as part of bigger groups.”

Catapult Vision has helped to improve the effectiveness and efficiency of collecting and collating performance clips which can then be compiled to present performance insights to the players.

The head coach explains that the tagging and labelling features within Vision are particularly helpful in this process.

“Whilst watching the games, we use the tagging feature to highlight areas we can look to improve. Soon after, we quickly manage each clip by labelling them with system names or a player’s number. Finally, we compile these clips together for teaching or presenting movie-based analysis to the players.

“The platform is so streamlined and easy to use, it works effortlessly with our computers, but the biggest thing is that it makes preparing and teaching easy and efficient.”