How Formula 1 Redefined Football’s Use of Technology: Pit Wall to Sidelines

How different sports collect, analyse, and report data is often a way many practitioners discover new methods to improve their own workflows and contextualise their insights.

Having attended the Sports Innovation Conference and seen client Toyota Gazoo Racing win Le Mans 2022, various Catapult staff are now seeing an increased interest in discovering how motorsport and, in particular, Formula 1 teams use data to achieve the marginal gains that, eventually when compounded, lead to competitive advantages on track.

See how the eight-time world champions use data:

Drawing ever closer to the British Grand Prix reminds Catapult how some of the most innovative sports teams outside of motorsport and racing are starting to learn and adopt the practices of teams like Mercedes AMG Petronas F1.

A staff member from a current Premier League team, told Catapult, “one day, analysts might be sat on the sidelines, a bit like you see the engineers on an F1 pit wall.

“With the football analysis process shifting to the point where their involvement will be seen more predominantly in-game, enabling analysis to inform coaches and data-based decision-making to be done live.”

Within the Vector Live App, teams and coaches can now capture more athlete data directly from the sidelines, keep coaches informed instantly, and impact the game and training strategies in real-time: 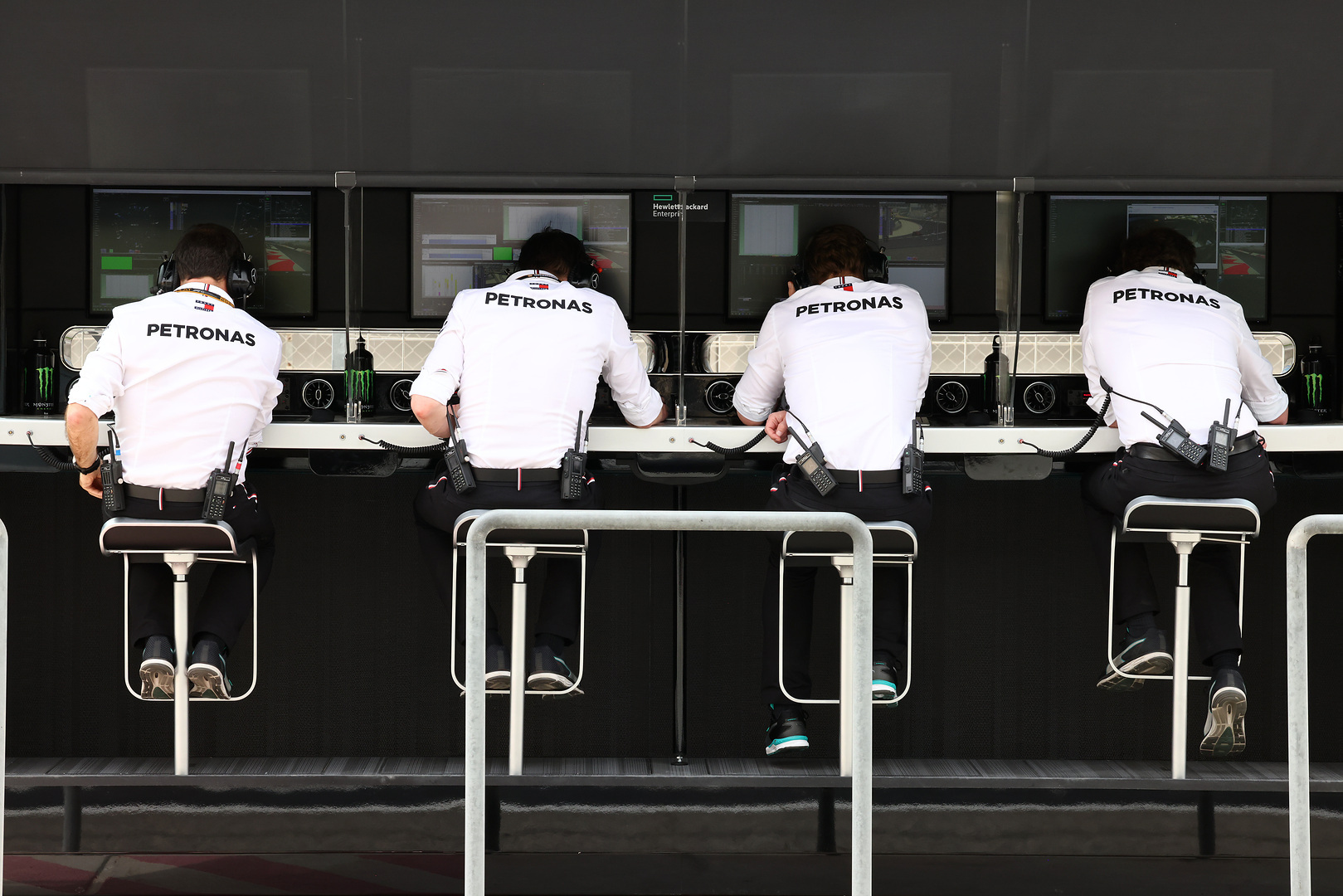 Suggestions that football will soon be more like a Formula 1 or look to integrate ways F1 teams use data, was also mentioned in Christoph Biermann’s book, Football Hackers – The Sciences and Art of a Data Revolution.

“Every event on the pitch, every move and every run has been measured and counted. Video and data were joined up more seamlessly than I had ever seen before in football … This software had initially been developed for Formula 1 by a company called SBG.

“Formula 1 is the most technologically advanced sport on the planet. There are dozens of sensors built into a car, every race produces 10 terabytes of data. On race days, 200 specialists interpret the flow of information … When they [SBG] said they wanted a similar program for football as well, SBG set about working on the software I was now looking at in transfixed amazement.

“But that day in London I realised that the revolution was now truly happening … if you ignore it, you’ve only got yourself to blame.”

So what’s next? And what has the industry done about this?

In the previous video featured in this blog, you will have seen how the Mercedes AMG Petronas F1 Team uses SBG Sports Software to inform race strategy and improve decision-making.

This technology use, coupled with Biermann’s book reference and suggestions from Premier League staff to bring in F1-like performance analysis to football, was one reason Catapult made the bold decision to acquire SGB.

In acquiring the sports software company, SBG, Catapult planned to extend its video analysis capabilities to not only motorsport but, eventually, the 40+ sports the company operates within.

At the time of the acquisition, Catapult CEO Will Lopes said:

“SBG Sports Software and Catapult shared a common vision for the future of sports technology and the significant impact data will have in helping customers optimize performance. It was even clearer that combining our technologies, product solutions, and talent would have an immediate and long-lasting impact on our customers.

Delivering on plans outlined during the acquisition of SBG, in February 2022, Catapult created the future of professional team analytics with the integration of performance data and video analysis.

Chelsea FC’s Head of Academy Sports Science and Physical Fitness, Jack Christopher, said: “Athletes today, are more receptive to video, and we can now show the players the movements they should be doing and what their intensity should be.

“Additionally, we can show examples of others doing it, allowing us to get the message across much easier and bridge the gaps between opinion and insight.”

“Having worked with Formula 1 teams for many years, we understand how to maximise competitive edge through in-depth data and video analysis. It is very exciting to be a driving force in the adoption of similar philosophies in other elite-level sports.”

Whether it’s a high press, quick break, or scoring opportunity, teams can understand the context of each outcome based on involved players’ physical outputs.

Teams can now understand the physical outputs required to execute game strategy during training. This is done by benchmarking in-game physical data to training programs.

Teams can now access positional data without optical cameras using our built-in wearable GPS. This provides a new view into key insights across every player’s action and game moment.

#4 Connected analysis across your entire team:

With every dataset connected to one platform, analysts and sports scientists can collaborate on team and player-specific performance insights. Coaches can now understand a new level of connected insights to inform game strategy and training improvements. 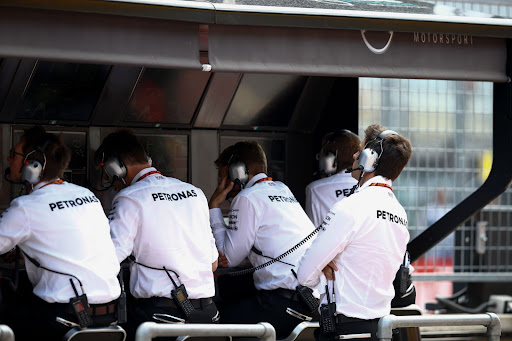 This year, SBG, now a Catapult company, will be supporting various teams at the British Grand Prix and throughout the rest of the F1 season.

From conducting thousands of race simulations to understand which strategy will work best; to live analysis of practice data to make the right tyre selection; to reviewing historic data to see exactly what happened in previous races – Catapult’s RaceWatch delivers in-depth insight at all stages of a race weekend.

Live, during the race, RaceWatch is used to predict what’s likely to happen during the remaining laps, enabling the team to optimise its strategy and giving the driver a clear idea of what he’s fighting for, and when it’s Hammertime.

Andrew Shovlin, Chief Race Engineer, sums up his experience: ‘RaceWatch takes so much statistical information from the weekend. It takes a huge amount of the stress and pressure, and in particular the guesswork, out of the job.’

→ Click here to harness the power of Formula 1 technology for your team, today.