For the second year in a row the Super League, Sky Sports, and Catapult have teamed up to deliver real-time performance analytics directly to fans at home for the magic weekend 2022.

Catapult supplies Super League players, teams, and staff with more than 390 GPS devices, and has been used in all training sessions and games since the 2018 season began. 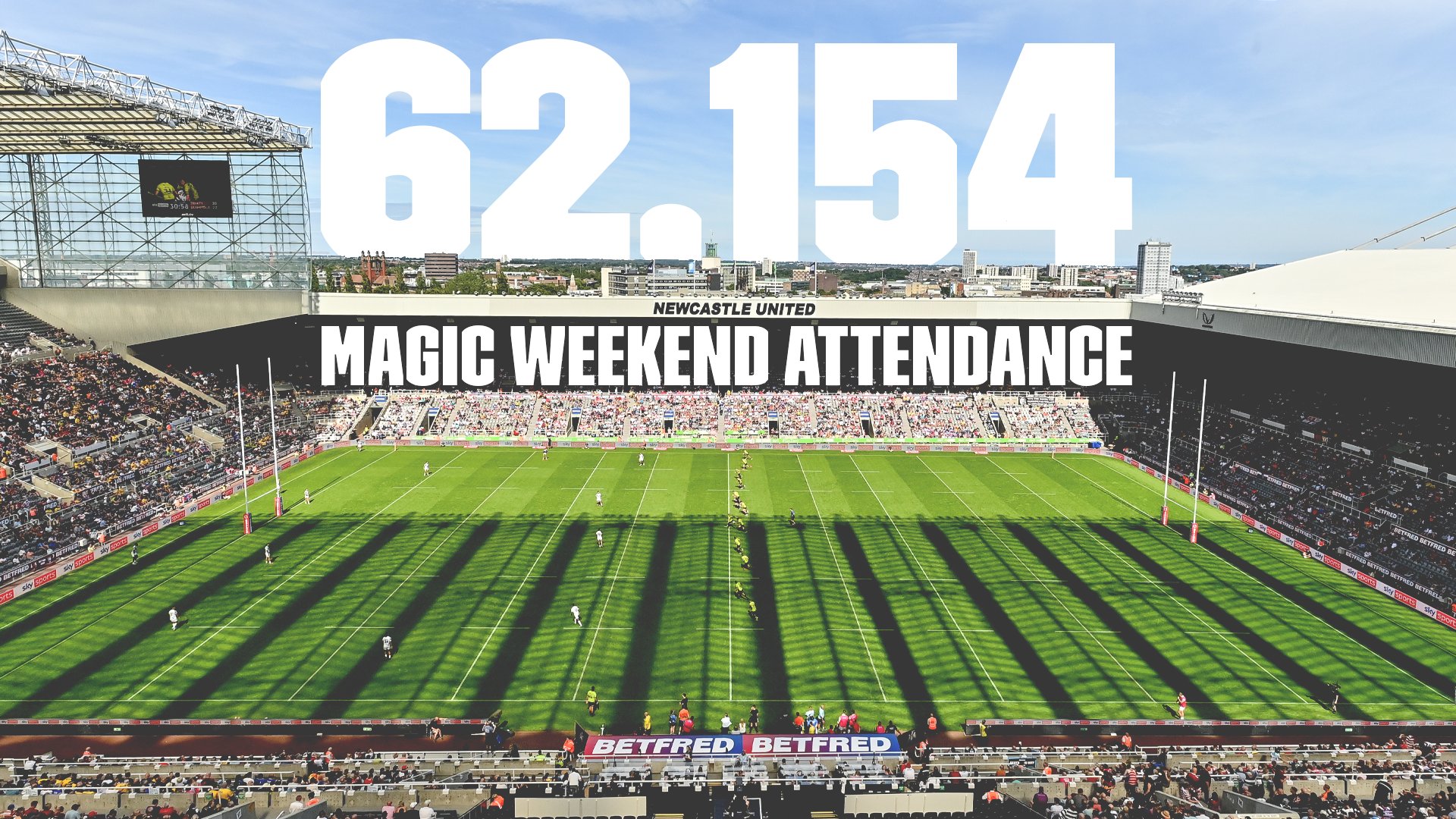 —> Click here to empower your league and or team with Catapult Athlete Monitoring Technology.

Over the weekend, at St. James Park for the Magic Weekend, Sky Sports broadcasted the key metrics that impact rugby league performance the most. The key metrics were, distance covered by each player (metres), top speeds achieved (km/h) and game intensity, measured by how many metres a player runs each minute (m/min).

Ash Handley recorded the fastest speed of the day of 36 KM/H in this try-saving tackle 💨 The 2nd fastest of the season so far 👏#SuperLeague #SLLeeCas pic.twitter.com/56DpfYHU1f

The most distance covered was done by Leeds Rhinos hooker, Corey Johnson who covered over 8 kilometres and the work rate was topped by Catalans Dragons lock, Cerentin Le Cam with 104.5 metres/min.

—> Click here to learn more about the fundamentals of athlete monitoring by reading this eBook.

Why is the data important? Players Perspective

Since progressing to Leeds Rhinos’ academy set-up and now as an established Betfred Super League player, Harry Newman is used to wearing the Catapult Sports vests during games and training, seeing how the GPS statistics are collected and used.

“Growing up and coming through the ranks as a kid, you don’t think about your GPS stats, but when you get to playing at this sort of level it all matters, being able to put those sorts of outputs out in the back end of games helps you become a better player,” said Newman.

Can we reframe it to say something like: Golding has played multiple positions this season, but despite this, he still tops the metrics charts and this feat cements his status as one of the physically conditioned players in the league.

“It’s really smart the way we train and it’s only benefitted me, understanding my body more,” said Golding.

“The biggest thing I’ve had to understand is not to overwork my body every day. I like to think I can beat anyone at anything – I’m a competitor – but sometimes you need rest, and my top stats are probably reflective of the work my teammates are doing.”

Kallum Watkins has been revitalized since he joined Salford Red Devils two years ago to the extent he has been recalled to the England squad at 31-year-old. His approach to training and how he uses Catapult Stats to help him look after his body has put him in the best position.

“We always look at the stats after a game and after training. It is great to be able to see what numbers we are hitting,” said Watkins

“As you get older each year, you have to do what it takes to keep the body in good shape. Having access to the GPS stats allows me to see what I do each game and in each training session so I can keep myself in the best shape possible.”

How Catapult Stats support players to perform at their best

“The Catapult Vector device will be positioned between the player’s shoulder blades and captures data at a sampling rate of 10 Hz, meaning ten times per second, in order to accurately calculate the distance and speeds which players are travelling at,” said Catapult Customer Success Manager, Gordon Rennie.

“With this data, we’re able to see performance-related stats from the matches and then send it to the cloud for Sky Sports to broadcast, share and explain to the fans.

“It’s incredibly exciting for the second time to be able to share with the fans an insight into the extraordinary athleticism and physical qualities which rugby league players demonstrate on a regular basis, the Sky Sports pundits team throughout the broadcast over the Magic Weekend will display all the top stats from distance covered by each player (metres), top speeds achieved (km/h) and game intensity, measured by how many metres a player runs each minute (m/min),” said Rennie.

Discover more about how Catapult not just helps players perform at their best, but supports the RFL, Super League, and Sky Sports on and off the field:

Catapult has also been the performance technology supplier to the NRL since 2019. But now for the first time, all 16 teams in the NRL and six NRLW teams, in addition to the Australian National teams and NRL referees, will use Catapult’s Vector SaaS technology to empower data-driven decisions to improve player performance, quantify decisions to help prevent injuries, and inform return to play.

Catapult continues to provide live game data to support the NRL’s broadcast commitments via their partnership with Telstra. This data is captured from Catapult’s proprietary ClearSky Local Positioning System, installed across the NRL’s network of stadiums and will be used by the NRL to deepen fan engagement during games.

“We are immensely proud to continue our longstanding relationship with the NRL,” said Will Lopes, CEO of Catapult. “It’s an honor to continue working with them and see expanded use of our technology across the entire league. The NRL has been at the forefront of research and development in sports for decades and we believe the decision to continue partnering with us is a testament to the power of our performance technology.”