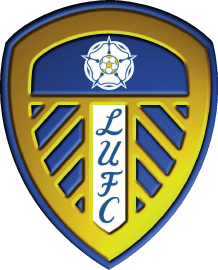 “Catapult allows us to have all of our information readily available to call upon whenever it is needed.”

Since adopting the technology, Leeds have primarily used wearable tracking devices for two purposes; workload management and the recreation of competitive demands in training.

One of the biggest challenges for sports scientists is balancing the need for exposure to match demands with intensive fixture congestion. This is a particular issue in the English Championship where Leeds play games virtually every Tuesday and Saturday.

In order to replicate match demands on the training ground, it is important that players are regularly exposed high-intensity stimuli. When it comes to delivering that high intensity stimulus, the staff at Leeds United generally look to get the players accustomed to intensities that go beyond those they will experience in matches.

“Intensity is the key marker we look for in the players’ data,” says Tom Robinson, First Team Sports Scientist at Leeds United. “This is where the Catapult data is used to quantify the most intense periods of matchplay, across bouts ranging from five seconds up to 10-15 minutes.”

Under the guidance of Argentinean manager Marcelo Bielsa, Leeds currently play an intense and physically demanding style that requires careful management of athlete loads. Catapult technology has proved invaluable to this process, enabling the club to monitor player adaptation over time.

“Our manager demands a high-intensity style of play, so I think having sports science support helps us to ensure that we’re getting the most out of our players,” Robinson says. “I think it’s important for us to continue working in this way and to take every game as it comes. Wearing the GPS in games allows us to know whether the players are adapting well to training and so far we’re happy.”