“We work with athletes to best prepare them for the next step in their career, the NFL, and Catapult data is a great way to objectively assess the numbers they need to be hitting to reach that level.”

Having been crowned Big Sky Conference champions in 2019 and 2021, the Sacramento State Hornets football program recently adopted Catapult’s solutions to gain an even bigger edge on their competition.

The NCAA Division I football program and Catapult have worked closely for some time, with all football athletes wearing Vector GPS devices during training and games.

The Hornets have used the Catapult technology to improve performance objectively, support coaches’ decision-making, and maintain student-athlete safety. Spearheading the adoption and use of wearable technology is the team’s Assistant Athletics Director for Sports Performance, Ryan Deatrick.

→ Click here to arrange a demo of Catapult technology. 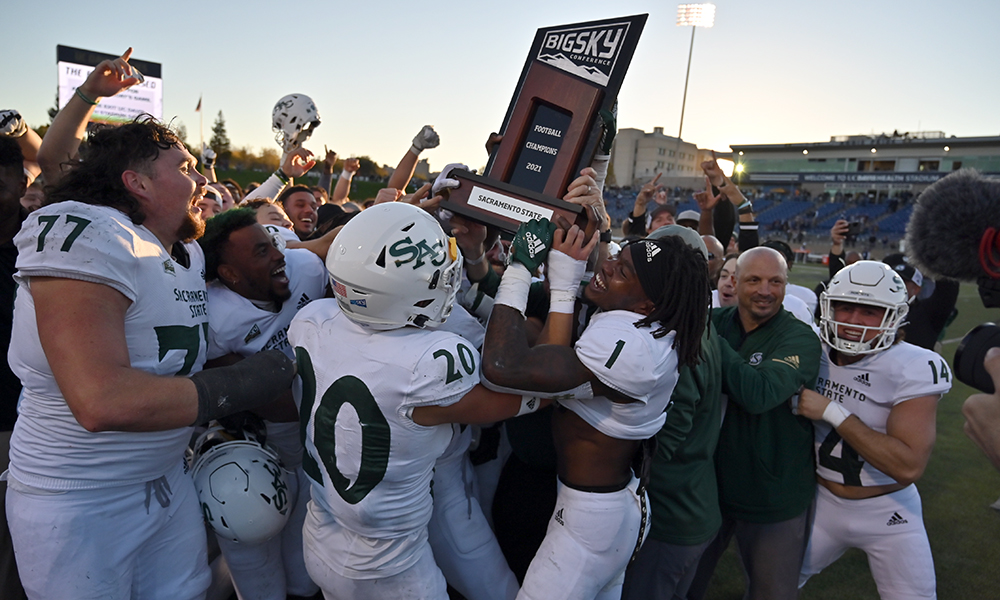 To collectively improve performance objectively, support coaches’ decision-making, and maintain student-athlete safety, Deatrick has access to a copious amount of metrics, thanks to Vector’s ability to capture 900 data points per second. That said, the Assistant Athletics Director tends to focus on a select few metrics to improve team and individual athlete performance.

“We measure peak acceleration and max velocity, as well as looking at the explosive ratio, and total explosive efforts. We pay special attention to high accel/decels over 3 m/s as we feel this accurately reflects the quality output of our practice in training,” said Deatrick.

“Throughout the season, we looked at explosive ratio trends and team speed averages. Because of that, we were able to make some changes in our training: increased recovery for skill players and a rate-of-force or peaking training cycle … this ensured we were running our fastest during games and having our highest quality training through to the end of the season.”

After obtaining these metrics, the team is able to benchmark their performances against those seen in an NFL team.

“Having used this system for some time, we’re able to see each individual’s level of performance. We work with athletes to best prepare them for the next step in their career, the NFL, and Catapult data is a great way to objectively assess the numbers they need to be hitting to reach that level,” said Deatrick.

→ Interested in football’s key performance metrics? Get in touch, today.

Mitigating the risks of injury

By collecting the key performance metrics relevant to football, Deatrick is also able to more accurately mitigate the risk of injury.

“I work with individual coaches to identify any red flag numbers – the numbers that suggest overtraining or too much work. For example, our wide receiver coach will closely monitor how much the team is running, as well as individual athletes … this is important when it comes to keeping our team injury-free,” said Deatrick.

“Across our most recent eight-week winter training, we followed this process of identifying red flag numbers. As a result, we have stayed very healthy while training whilst also pushing these guys aggressively to improve their performance. It’s a fine balance and without data, it is too easy to over-train your athletes.

“Catapult’s wearable technology allows me to gauge what we do in practice and across the off-season so that I could tailor our training … instead relying on a coach’s eye and tracking yardage based on hypothesis, the concrete data has allowed us to tweak our volumes to help us moving forward.”

With this success in keeping athletes healthy while pushing their performances to the optimum, the Hornets football program intends to “use a similar process during training camps, in-season progression, and ultimately year round to limit early soft-tissue/overuse injuries,” explained Deatrick.

→ Learn more about how you can mitigate the risk of injury and improve student-athlete safety? Contact our team, today . 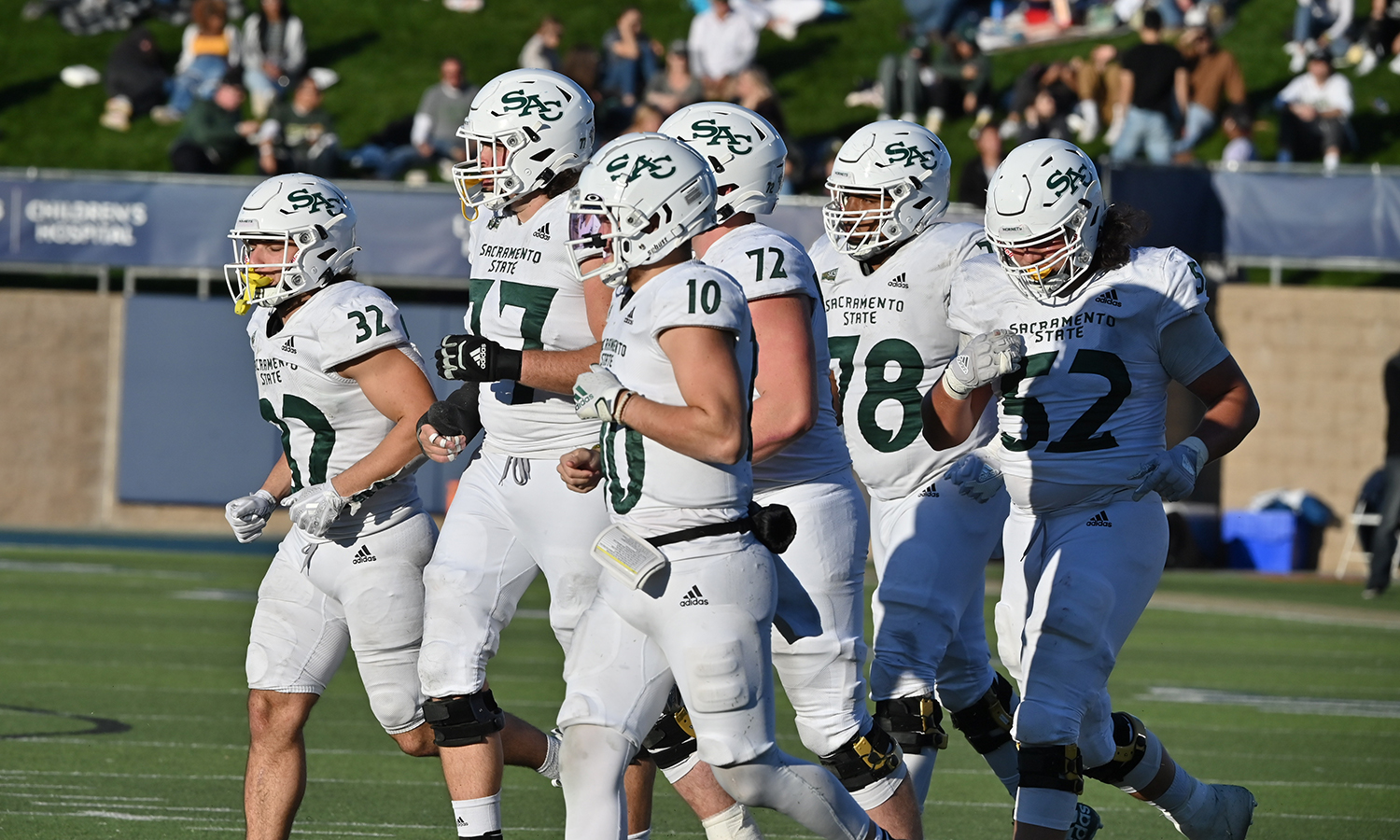 Since Deatrick is able to benchmark his players to the NFL standard while keeping his players fit and healthy, the Assistant Athletics Director has had no compliance issues with the athletes wearing and using the performance technology.

“Our athletes are motivated to use the data so they can compete against each other objectively. By improving their sense of performance with numbers you can create greater levels of accountability but also there is more athlete-to-coach trust and communication,” said Deatrick.

“In addition, Catapult has provided our athletes many options when using wearable technology. They can either strap it in their pads or wear the vest – so now, we see it as just another piece of equipment.”

Collectively, the team has seen a positive approach toward being monitored both in training and in games. Deatrick has also seen many benefits to using Catapult’s solution that extend beyond the field.

“There aren’t too many FCS schools with Catapult so it’s really a distinct advantage when we’re recruiting players out of high school. Parents want to make sure their school is the best place for their child to develop and often they get excited when they see we’re using the same technology used at the top of the game,” said Deatrick.

“We’re able to separate ourselves from other FCS schools because Catapult is really a commitment to your student-athletes development, and parents really resonate with that.”

Get in touch to learn more about Catapult’s solutions for NCAA-level football, click here.